In 2019 I did the #52PlaysByWomen challenge, going to see, reading or listening to a play by a female writer each week of the year. I deliberately spaced it so that I did one a week, mainly to try and see what that kind of routine would do to my week and my own work.

My plan for the year was to read playwrights that were new to me, and get my hands on plays that I’d heard about on social media but never actually read. This meant buying a lot of scripts since unfortunately, the “plays” section at my local library (or any library I have access to) contains basically no contemporary international plays.

Reading (and seeing and listening to) these plays, and regularly interacting with plays in this way, felt like a continual shot of energy. Even though I didn’t specifically seek out as broad a range of plays and styles as possible that’s what I ended up getting, just because of the range of writers. Some of them were amazing reading experiences (“Can you writer like THAT?”), some of them in every sense traditional and no less great writing. As a writer it kept me alert to the range of possibilities inherent in theatre.

Several were plays and writers I’d been curious about but never had a specific reason to read up until then. So the challenge definitely helped me priorities in my reading, and gave my play reading structure during the year. And I didn’t limit reading to only plays by women, I read other works as well, but I think a lot of the plays I interacted with during the year (and which I feel a better writer for having encountered) would never have reached my “to read” pile if it wasn’t for #52PlaysByWomen.

If I were to do it again (I’m still undecided) I’d take a slightly different approach and I’d want to read classics and I’d want to re-read plays. Since there’re always so many plays and books to read, re-reading seems indulgent, but for some reason I’m in a phase were I feel the need to go back and revisit plays that I’ve read in the past. To see how they strike me now, if they’ve changed or if I’ve changed.
Upplagd av Hanna Heartfelt kl. 10:23 Inga kommentarer:

As the holidays get closer I suppose it’s natural to not only look back on the year that’s passed but also think ahead to the year that’s about to start. Financially there are question marks and I’ll be doing funding applications throughout the year to try and get rid of them. Putting all economical concerns aside here are the things I’m going to do and going to try to do during 2020:

Since I have not one but two (!) plays programmed for autumn 2021 (there might even be a third one…) I will be doing lots of writing and even more rewriting during 2020. Hopefully there will be workshop sessions with the actors at some point to help make those scripts as good and solid as possible (since R&D/workshops aren’t really a standard part of the commissioning process here there are no guarantees).

The six part audio drama series I’ve work on for almost 18 months finished recording in November and is being edited at the moment. If everything goes according to plan it is going to be sent out into the world late spring/early summer. Writing a series (even if it’s just 6 episodes) has been one of the most challenging things I’ve done so far, so I’m both eager to hear the finished result and nervous about the reception. A lot of people have been telling me that it would work well as a TV-series, so I’ll try and explore those possibilities further as well.

I’m also producing a rehearsed reading of a play of mine during the spring. It’s a play that’s very close to my heart, but after making the rounds at the theatres it’s become quite clear that no one is going to produce it. So, before I let go of it and lay it to rest in the desk drawer I want to give it a proper outing.

A couple of months ago I went to a lecture about, among other things, language death. The question of why people stop using their own language or refuse to pass it on to their children/the next generation got me interested. My plan is to explore those questions, and the consequences of the choices we make with regards to language, by writing a play about it. If I can get a first draft done during the year I’ll be happy with that.

The biannual international radio play competition run by the BBC World Service and the British Council has it’s deadline at the end of January and for the first time I have a play I want to submit, so there will rewriting and polishing of that script going on right at the beginning of the year.

So, there are lots of things to be getting on with during 2020!  A part from all this there are new ideas, old ideas, books to read, plays to see, discussions to have, podcasts to listen to and life in general. All with the help of my trusted dramaturgicat of course! 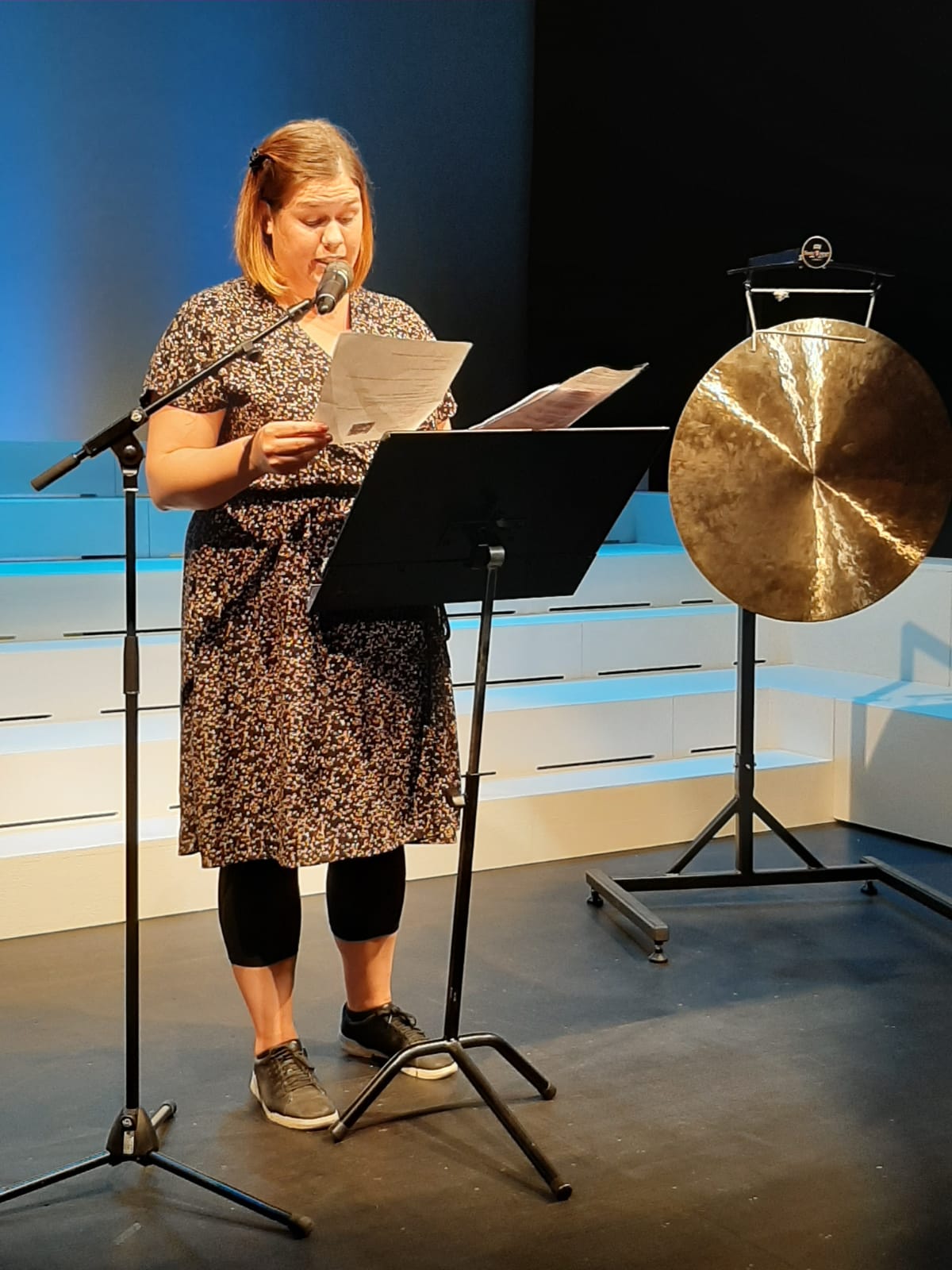 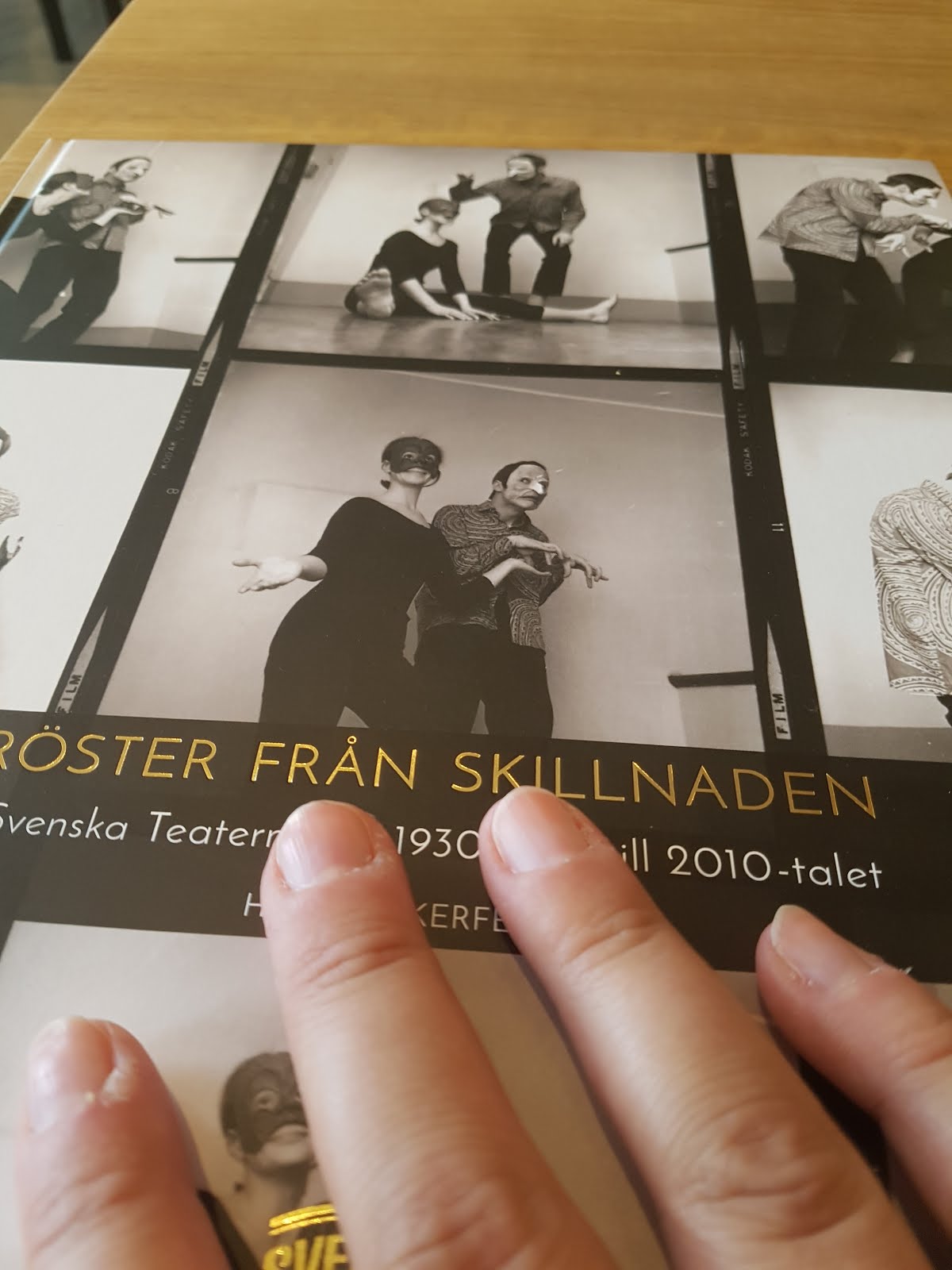